How can these proposals work? 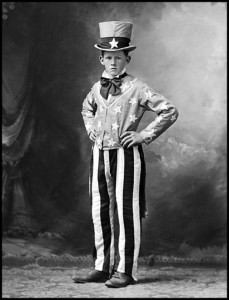 Easily and well—but it depends on you!

For centuries, even millennia, humans have waited for “someone” to come along, to illuminate the way forward and to tell them what to do. Now, though, times—and technology—have changed… and so have human beings. Old Messiah-Follower Models don’t work anymore: If you doubt that, just look around.

This and similar black-and-white, studio-portrait photos on this website are used courtesy of the Belmond Historical Society. They were shot by an obscure prairie-town photographer, Martin John Thoe. Little is known about this enigmatic man other than the most basic of facts, which refuse to betray much of revealing value about him.

Born 17 June 1875 in Lake Mills, Iowa, of Norwegian stock, by 1908 he moved to Belmond, where he opened a photography studio by 1911 that survived into the late 1930s. By 1912 Thoe also opened—with brother-in-law Harry Nordschow—a car dealership on East Main. On 12 September 1918—less than two months before the fighting ended—the 43-year-old man registered for World War I. He died 4 July 1960 in Lake Mills, where he is buried.

The man and his singular photographic skills likely would have vanished with the tides of time had it not been for the massive tornado which destroyed much of downtown Belmond just as the Homecoming Day parade came to an end on 14 October 1966. In the aftermath of the monster storm (which claimed six lives and injured over 170), the people of the determined town hauled debris to the local dump by the truck load. One day, a worker found some wooden boxes full of antique glass negatives and brought them back into Belmond for closer inspection. Realizing the treasure that had been found, volunteers combed through the mountains of refuse and, in the end, recovered some seven thousand negatives and photos; more are stewarded in Iowa Historical Society’s collection. I have selected a few to illustrate the sort of hardy souls who transformed the prairie into what they deemed “civilization,” the American Heartland that millions of Midwesterners have called “home” for almost two centuries.

Instead of waiting for “someone” to change the world from the top down, you will have do it yourself, from the bottom up—here and now. Here’s how:

What follows are selected ideas, sample proposals how you—today, wherever you are and whatever your resources or abilities—can choose what to do, how, over what time frame, to change your world.

The proposals start with you, literally right beneath your own nose, with your own body, feelings and thoughts, then spread out to include those closest to you—your family, friends, neighbors—as well as the wider community in which you find yourself. The suggested changes then spread to what and how much you consume, how you work, shop and recreate. They include your religious or political beliefs and engagements, right down to your education, health and sexuality—everything, one layer at a time. In this way, we break The Impossible down into the possible; we overturn isolation and powerlessness.

These proposals are structured in terms of 10 percent or times more or less of some activity or thing you can measure today, compared to the same unit based on your own experience of that act or thing, as it existed previously. As opposed to “someone” else determining how you “should” live, you decide what you can and wish to change, how, and at what pace—with quantifiable goals and benchmarks set solely by you, based on your values, needs and abilities. These suggested transformations in how you live are signposts for a journey that you choose, that you take and you assess. The good news is: You don’t have to take that journey alone; you can share it with others—for comparison, for support, for greater effect. If undertaken in tandem with a small or large group of your choice—for example a “Heartland party” but also any assemblage already extant in your life—the rate and reach of the changes will be even greater. So, now simply get started!

SOME PRACTICAL NOTES:
The following proposals have been drafted by a white, Protestant-reared man of Germanic and British descent, born in Iowa in 1962, largely with a similar demographic in mind. They are, however, applicable in other cultural settings, worldwide, albeit with adaptation necessary for local realities and conditions. Feel free to see them as suggestions and not gospel, as doorways and not walls—as ideals, not ideology.

Based on the author’s belief system, the most “urgent” of the suggested changes have been awarded the shortest timeframes: Where “compared to the previous week” is written, more urgency is perceived than “compared to the previous year.” Of course, individual practitioners can accelerate or slow the rate and thus the extent of the step being taken. While almost each proposal can be implemented “radically” or “gradually,” a few have been explicitly so labeled to give a sense of how the extent and rates of the suggested changes can be calibrated by the individual undertaking them—but with the hope that more change will be instigated, at as fast a rate as the individual might bear, for the world is falling fast and we all have to rush to catch up in time to give it—and ourselves—a soft rather than a crash landing.